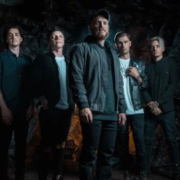 We Came As Romans were one of the many tours impacted by the coronavirus pandemic that has lead to social distancing, capacity restrictions and postponed events. The band have already announced the rescheduled dates just days after letting fans know they were in the works with all previously purchased tickets being honored.

WCAR kicked off their To Plant A Seed 10-year anniversary tour in Chicago March 5 with support from the Devil Wears Prada, Gideon and Dayseeker. Less than a week in, they announced they would be postponing the remaining dates, making their final show of the run Montreal on March 11. However, they also stated all three acts would return.

“Due to circumstances beyond our control [and] with our fans safety [and] health in mind above all else, we are forced to postpone the “To Plant A Seed 10 Year Anniversary Tour” until July,” We Came As Romans said in an Instagram post. “Our team has been working tirelessly to reschedule a show in every city we have to miss. At this time, over half of the new dates are confirmed, and we will announce ALL dates in the next few days.

“We are absolutely devastated about this, this tour is something we’ve been dreaming about for a long time, and the shows that we have played so far proved to be the biggest, best [and] most emotional shows we have ever played as a band. A massive thank you to our fans who have been coming to these shows-the family we have made together is amazing. We are so thankful that THE DEVIL WEARS PRADA, GIDEON & DAYSEEKER will all continue the tour with us in July. All tickets [and] VIPs will be honored with your new show date. To make the most of this unfortunate time off, we are moving up our time in the studio to finish our new album and will be releasing new music in the coming months ahead of schedule. We love you all and are so thankful for your support [and] patience – Dave, Joshua, David, Andy & Lou”